Are Chinese LED Grow Lights An Exceptional Bargain Or A Waste Of Money?

Let's be honest: There's a lot of trash talk directed at Chinese LED grow lights. According to critics, LEDs manufactured in China don't meet the same "quality standards" as products made in Western nations. It's common for new plant cultivators to question whether Chinese-made LEDs operate at peak efficiency.

So, are the rumors about Chinese LEDs for real? Are China LED grow lights an exceptional bargain or a waste of money?

Although Western LED brands love to overemphasize that their lights aren't "made in China," most aren't being upfront with customers. Even if companies assemble LED grow lights outside of China, it's virtually impossible to make LEDs without materials from the Middle Kingdom.

Since most customers associate Chinese-made products with "inferior quality," it's understandable LED brands don't want to promote this fact. If companies market their products as "American-made" or "Canadian-made," they could often make more money from customers.

While it's true not all Chinese LED grow lights are top quality, please recognize that even "top-quality" LED grow lights probably have Chinese-made components. Also, most of the poorly made Chinese LED lights come from shady third-party vendors rather than direct-to-consumer companies.

To help avoid this issue, Mars Hydro decided to cut out the middleman and sell our LEDs straight to consumers. Also, unlike other Chinese brands, Mars Hydro is always transparent about our manufacturing process, source materials, and business operations.

If you're still skeptical about Chinese LED grow lights, check out our responses to these common concerns.

Do Chinese LEDs Adjust For Veg and Flower?

A common rumor about Chinese LED grow lights is that they only work well during vegetation. Once a plant's plant reaches maturity, many people claim these LEDs don't have enough power to help plants grow top-tier buds.

However, this issue is only a concern if the Chinese company doesn't care about its manufacturing process. Mars Hydro only uses highly-rated Samsung or Osram chips in our products.

Plus, Mars Hydro is one of the few high-quality Chinese brands to offer dimmable features on our LED grow lights. With Mars Hydro's in-built dimmer function, growers could easily adjust their light intensity for different stages of growth.

We also comply with all standard quality assurance screenings to prove our lights have the power you need to grow plants properly.

Do Chinese LEDs Have A Full Spectrum Of Light?

There's a growing body of evidence that UVA rays can increase total cannabinoid and terpene percentages while reducing the risk of mold. Plus, many plants cultivators claim low levels of IR help increase plant height and leaf length.

As long as a Chinese LED company is transparent, it will hold multiple international and local accreditations. In fact, if a Chinese manufacturer doesn't submit for CE or ETL certificates, you could tell it isn't a trustworthy company.

Not only does Mars Hydro meet local and international safety regulations, but we’re also featured on the DesignLight Consortium’s exclusive Qualified Product List. Only a select few lights meet the DLC's rigorous standards for a QPL listing. A few features every QPL light must meet include a 90 percent performance after 36,000 hours and efficacy of over 1.9 umol/J between 400-700nm.

It doesn't matter where an LED grow light comes from — if manufacturers send their products for official tests, you can rest assured they meet internationally-recognized safety regulations.

If Chinese Lights Are So Good, Why Are They So Cheap?

Many psychological tests prove people believe higher prices equate with higher quality. Get this: If you're told one placebo pill costs more than another placebo, it tends to work better!

Just because Chinese LEDs are more affordable doesn't mean they're worse than higher-priced products. On the flipside, just because locally-produced LEDs lights are pricey doesn't mean they'll work any better than an LED grow light made in China. Many people who try Mars Hydro LEDs often conclude many non-Chinese brands are way overpriced.

Since China has an abundance of raw materials and cheaper transportation, it's easier for Chinese manufacturers to make LEDs at a lower price. Plus, when you cut out the middleman (as Mars Hydro does!), you can pass on extra savings to customers.

LED grow lights are an investment, so it's essential to factor in the initial cost of these units into your expected returns. Chances are you'll make a better ROI if you opt for high-quality & affordable Chinese brands than marked-up Western LED grow lights.

Isn't It Hard To Get In Touch With Chinese Customer Service?

Just because you're buying Chinese LEDs doesn't mean you have to learn Mandarin and spend a fortune on long-distance calls. While not all Chinese companies have branches in foreign nations, Mars Hydro puts a huge emphasis on our customer service team.

When you order a Mars Hydro product, you have many ways to reach our local warehouses and repair centers. We now have offices throughout the USA, Canada, Europe, Russia, and Australia. We strive to answer customer requests within 24 hours, and we always honor our official warranties.

Yes, Mars Hydro's LED grow lights come from China, but that doesn't mean they're low quality. Just check out the thousands of positive ratings we've gained over the years on eCommerce sites like Amazon.

Previous
How Much Will It Cost To Run LED Grow Lights? 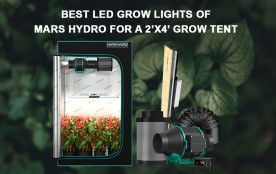 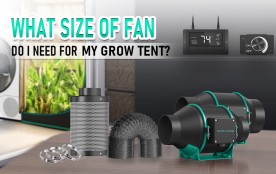 What Size Of Fan Do I Need For My Grow Tent? 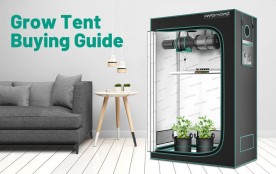 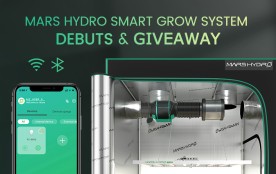 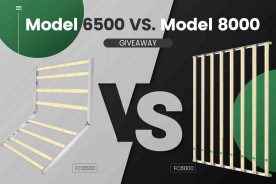